Historically speaking, Poker has been around for centuries now and has been one of the most popular card games. Existing documentation proves that this game was played in Germany at least in the sixteenth century, which later became popular in France, followed by the USA. The game of Poker evolved with time, and it is widely believed that during the American civil war, the seminal feature of drawing cards to improve one's hand was added.

Although private homes and poker rooms at casinos are still present, with digitization, Poker is now often played in online mode, which has its distinct advantages over the traditional methods. In today's world, poker enthusiasts usually prefer to play this game within one's physical comfort zone, and that is where online Poker comes in handy. Online Poker allows the players to play in their free time, participate on a global platform, and compete against the best of the poker players. Besides, online Poker comes with safe financial transactions. Depositing and withdrawing money is entirely safe and secure, an added bonus. The increasing popularity of online Poker is reflected in the growing number of online poker companies, like the Dhamaal App, which is offering amazing rewards for the poker players to earn.

Pick the variant of your choice

How to play Poker online

Online Poker is simple to play, and all you have to do is download the app on your mobile and desktop and create a profile. After that, you can log in to your account, deposit the amount you wish to play for, select from the range of poker games, and start playing. 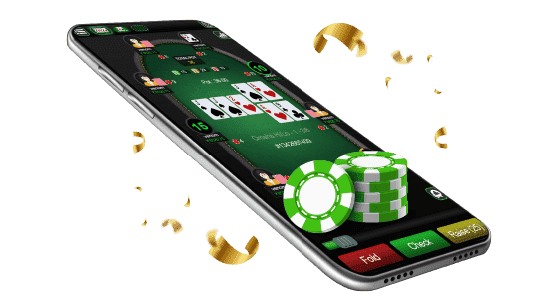 Poker can be classified into four types. They are community card poker, straight Poker, draw poker, and stud poker. But there is some ground of commonalities among these, and these are:-

1. Ranking- All poker games revolve around a normative ranking of the poker hands, based on which winners are decided in a poker game.

2. Bluffing- Bluffing is another common characteristic in poker games. You can always bluff and pretend to have the upper hand in an ongoing match, thus attempting to intimidate your opponent and win the game.

3. Bets- Most forms of poker mandate some betting right at the beginning, which is often referred to as "blind." This "blind" can both be a small and a big one, thus determining the betting amount.

4. Poker dealer- In both online and offline Poker, it is the dealer who decides the unfolding of the game. In most cases, this dealer is not one of the players but is the one who lets the players place the bet.

Poker is a game of skill, and during the game, one can try to gauge the potential of the opponents' cards and bet accordingly. It requires excellent control over one's body language and flawless observation power. The game needs strategies to win, and once the game begins, the players have the options to call, raise, fold, or check.

Poker hands fall into one of ten categories. The highest is a royal flush, followed by a straight flush, then four of a kind, a full house, a flush, a straight, three of a kind, two pairs, one pair, and finally a high card. This is the same for all the main poker variations, including Texas.

Like any card game, Poker also has its rules and guidelines that should be followed during any match. One of such rules is poker hands, which determines the strength of cards, based on which the winner is ascertained. These rules of Poker are often referred to as poker hands, and any variation of, including Texas Hold'em Poker, follows this. Poker hands are basically of ten types. They are:

1. Royal Flush - A royal flush has the highest grade. It is formed with the rarest combination of Ace, King, Queen, Jack, and 10, and all of them should be from the same suit. The probability of making a royal flush is as low as 1/6,49,737.

2. Straight Flush - This forms the second-highest grade. In this, the players are expected to form a sequence using five cards in a row, and all of them have to be in the same suit.

3. Four of a kind - For this grade, the players are required to make a sequence using the same card, and each of them should be in the four suits.

4. Full house - A player has to combine a pair and three of any kind in a full house, but this has to be in the same hand.

5. Flush- A flush is another grade used in Poker. This requires the players to form five cards in a suit. But there is no need to follow a strict numerical order.

6. Straight- Little different from flush, a straight sequence of five cards have to follow numerical order but maybe in a different order.

7. Three of a kind- It is a combination of three paired and two non-paired cards.

8. Two pairs- This poker hand has two different pairs of cards in one hand.

10. High card- This refers to a situation of no matching cards and has the lowest grade in a poker game.

If you are a poker enthusiast and want to play online Poker, Dhamaal Games is one of the best platforms for you. We have an array of poker game options. If you want to try that out, please visit the official website of the Dhamaal App. The App is easy to use, and all you have to do is create an account and deposit the amount. Then play the game that interests you the most, and start playing. After the match, you can instantly withdraw the money. Also, our payment gateways are safe, and for your assistance, we have a dedicated team of customer support employees who shall guide you if you face any issues. We assure you that you shall be mesmerized by the rewards and cash prizes that we offer. Moreover, you can also refer the App to your friend and win handsome rewards for the same. So, don't wait! Download the Dhamaal App, and start playing your favorite poker games!

Is Poker Legal in India?

Although the topic of legality in the context of Poker has been subject to speculations for quite some time now, you can rest assured that it is entirely legal in India. There have been a couple of supreme court judgments in this matter. They have noted that Poker involves skill and is, therefore, to be considered as a skill-based game. Now, the Indian constitution safeguards skills, which is part of the fundamental right, and therefore, any skill-based game can't be prohibited. Recently both the High Court of Calcutta and the High Court of Karnataka have also reiterated the same opinion. Therefore, jurists opine that even online Poker can not be declared to be illegal in India.

What type of game is Poker?

In simple words, Poker is a viral variant of a card game, which has been played for centuries now. It is mostly played with a standard deck of 52 cards. This intense game requires many skills, and one needs to strategize before playing it. Poker involves active betting and bluffing. Bets are often made with 'chips', which are a kind of small plastic plate. Poker requires players to play according to the value of their poker hands, which is the gradation system of the game, which determines the winner.

How can I learn Poker?

There are a couple of easy ways that you can adopt to learn about Poker. In the contemporary time, one can look out for books like Applications of No-Limit Hold'em (2013) by Matthew Janda, Small Stakes Poker Tournaments by Jonathan Little, Every Hand Revealed by Gus Hansen, and Moorman's Book of Poker (2014) by Chris Moorman. Besides, a couple of online poker training websites like Cardrunners.com or PokerXFactor.com. Not only do these websites guide you for online poker games, but they also have online gaming recordings, which shall assist you in regular poker games. Also, there are lots of online poker forums, from where you can always learn about new strategies and discussions, which you can use to train yourself. Also, please remember that you should play and practice as much as possible. These ways above shall assist you in learning and mastering poker.

How do you bet in Poker?

Although there are a lot of variations in Poker, all of them eventually involve some or the other kind of betting. Out of them, many variations of Poker like Pot-Limit Omaha and Texas Holds'em follow the same type of table positions and betting structure. Besides, apart from the dealer button, both of them involve small blind and big blind.

Certain games use a blinds system about the betting order. Otherwise, there are other kinds of poker games that follow the antes system. While in the blinds system, the betting begins with the participant, who sits to the left of the big blind, every player at the table is mandated to place a bet in the antes system. After placing the chance, you have a couple of options to follow, like call, raise, fold or check.

Is online Poker safe in India?

Poker is legal in India, and the same laws safeguard online Poker from a legal standpoint. Therefore, playing Poker online is entirely safe and legal in India. Besides, there are many online poker websites and apps where poker enthusiasts can always try their favorite game. Online Poker now comes in a plethora of variants and offers great cash prizes and rewards, which are open for the poker players to bet, play, and win. Additionally, the websites that provide online poker options ensure safe and secure payment gateways, which is an added benefit. Poker enthusiasts can now quickly deposit money, play poker games, and withdraw the money in a hassle-free manner.

How do I win online Poker consistently?

Poker is not based on luck but is a game of skill, and skills can be improved with time. It is essential to work on the strategies you will incorporate in a game of Poker. Let us have a quick look at the dos and donts of the poker game.

1. Even before you start playing Poker, ensure that you understand the underpinnings of Poker first.

2. Be aware of the rankings and the odds of Poker, which determines your chances of winning in Poker.

3. Learn how to defend your blinds.

4. Betting is synonymous with Poker, but it is always advisable to practice well before betting in a poker game.

5. Be patient during any game, and do not be tempted to play every hand. It is better to let the game unfold holistically.

6. Understand the importance of bluffing, which is an integral part of Poker.

7. Show aggression regarding bluffing, but don't overdo it.

8. Despite the involved risk, do not be too afraid to fold, as it eventually leads to your success.

9. Do not play beyond your pre-determined budget. You must realize when to stop.

10. It is essential to understand your position at a poker table, which affects the eventual results.

11. You can always invest in acquiring some software that shall sharpen your relevant set of skills.

12. It is essential to be observant during a match without revealing much about yourself. 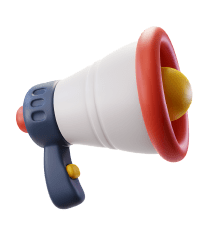 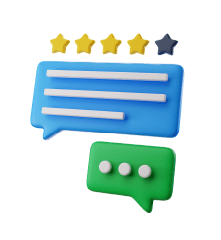 This game involves an element of financial risk and may be addictive. Please play responsibly and at your own risk. T&C Apply. For 18+ only

You Have Successfully Registered with Us.

Bonus Added in Your Wallet

This game involves an element of financial risk and may be addictive. Please play responsibly and at your own risk. T&C Apply. For 18+ only